Compared to alternative investments that reduce ultraviolet (UV) exposure such as curtains, blinds and awnings, our UV films do not create a dark environment or block the view of the outside world.

Some replacement windows have special coatings for UV protection, but total replacement for a commercial building is often cost prohibitive. LLumar solar control window films are approximately 80-90 percent less expensive to install than replacement windows and the installation process is less intrusive. 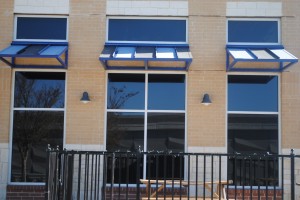 In many buildings, temperature fluctuations (and subsequent energy bills) are due to sunlight streaming through office windows. Too much sun and things heat up. But when the sun shifts or goes down, so does the temperature.

The U.S. Department of Energy estimates that one-third of a building’s cooling load is from solar heat gain through windows, and nearly 75% of existing windows are not energy efficient.

One easy, and cost effective way to keep the temperatures in your building as constant as possible is with LLumar energy-saving window film.

Professional energy audits estimate that buildings retrofitted with LLumar energy-saving window films can realize annual energy savings as high as 15%, with reduced carbon emissions and a payback often as low as three years.

Did you know drivers in the U.S. have a higher rate of skin cancer on their left side due to exposure while driving? 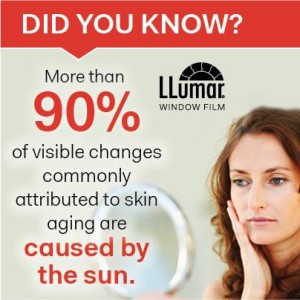 Here’s a scientific fact that most people find hard to believe: While it’s rare to get sunburned through your car windows, harmful ultraviolet (UVA) rays that contribute to premature aging and skin cancer can still reach you.

Damage from UVA rays is cumulative as they penetrate deep into the skin and can silently accelerate the aging process, cause wrinkles and even skin cancer. In fact, research shows that drivers in the U.S. have a higher rate of skin cancer on their left side due to exposure while driving.

Why put up with this risk when you don’t have to any longer? FormulaOnw window tint blocks more than 99% of harmful UV rays. It’s why The Skin Cancer Foundation recommends window tint as part of a comprehensive skin care program.

It’s no secret the sun’s rays can cause car interiors to become unbearably hot. But you can keep your cool. 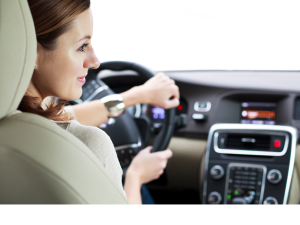 During the hot summer months, there seems to be no escape from the blazing heat of the sun — even in your car. You start off running the air conditioning at a low setting and before you know it, you’re at full blast. And when you do hit the road, blinding glare can often be a dangerous distraction.

We provide a window tint that can change all that — putting you back in control for a cooler, more comfortable ride. Quality window tint is proven to reduce interior surface temperatures by as much as 60° F. By blocking more than 99% of harmful ultraviolet (UV) rays, window tint protects passengers from skin damage and the interior of your vehicle from fading and cracking. And on the road, window tint inghelps reduce blinding glare and painful eye strain.

You can choose from a variety of shades — from light to dark — that will provide privacy for you, your passengers as well as your belongings. Ride safer, cooler and in greater comfort. FormulaOne & Llumar Window tint is recommended by The Skin Cancer Foundation as part of a comprehensive skin care program.